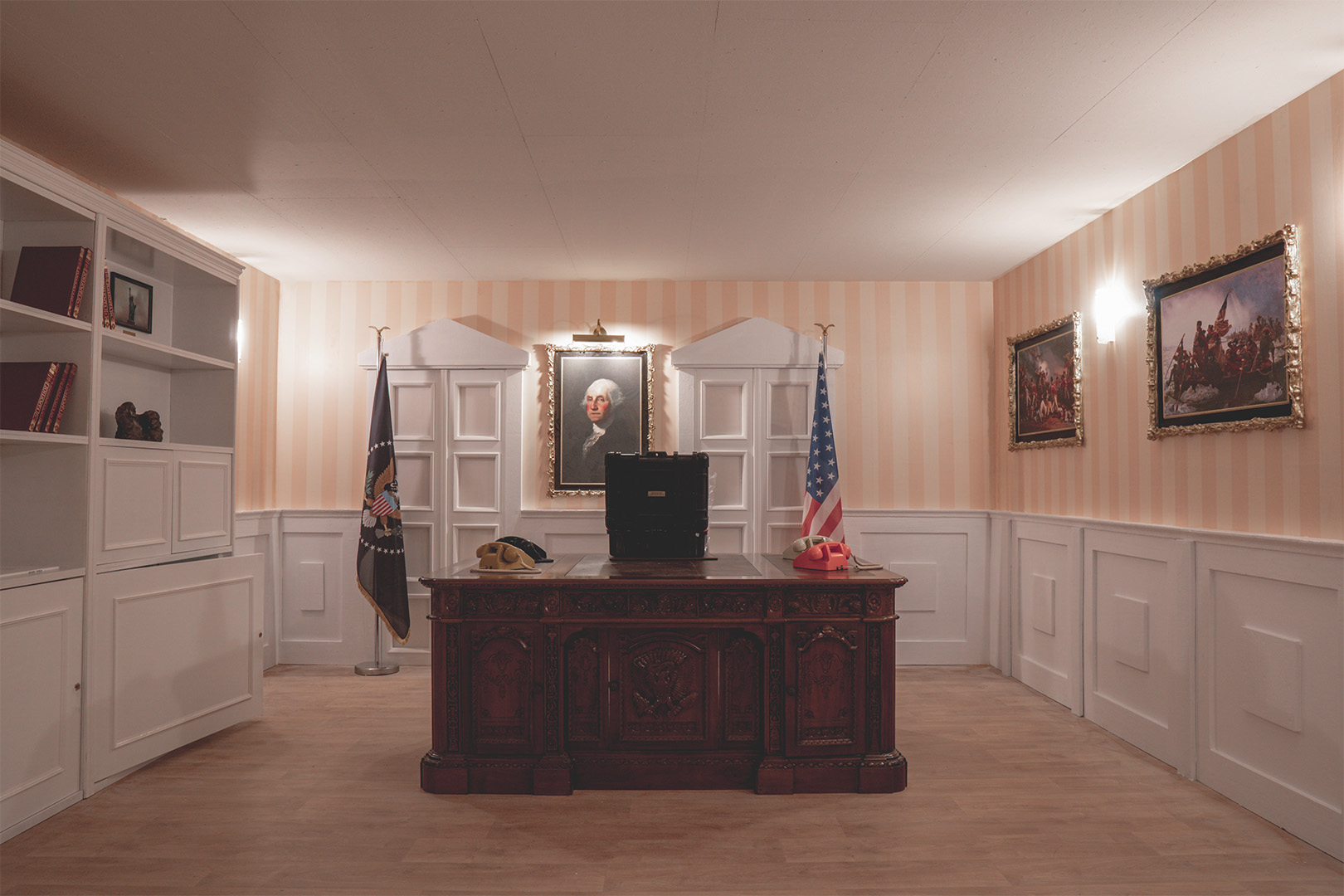 
We are in one of the most important places of power in the world: The White House. Although the building is one of the safest and most protected places on American soil, today the incredible happened. A paramilitary commando broke over the fence and began a full-blown attack on the White House. Security protocols were triggered immediately, and the President was taken to a bunker where he cannot be reached. The worst thing is that the attackers managed to get into the Oval Office and planned a nuclear attack through the ""Football"", the briefcase that the President can use at any time to launch a full-scale nuclear attack on the entire planet. The President has no way out of the bunker because the security system prevents him, and he cannot personally cancel the attack. Your team has the very delicate task of breaking into the Oval Office, recovering the ""Football"" and deactivating the launch of nuclear missiles before it's too late ..."